Creating a new oasis by the riverside that offers a distinctively luxurious and modern experience, while also encapsulating the city’s rich history and culture 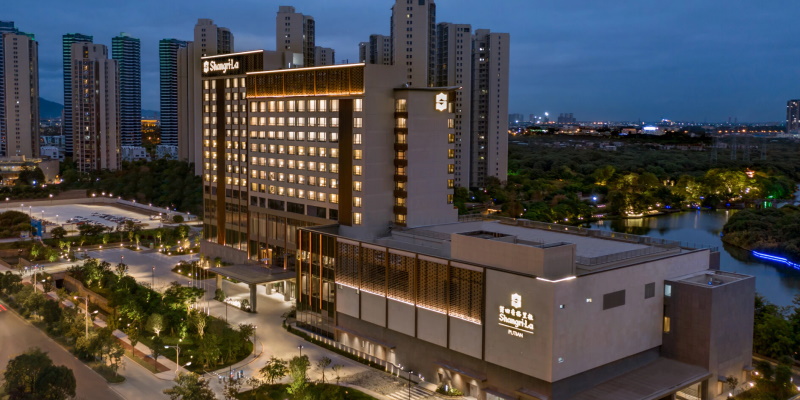 Shangri-La Group today soft opens the first phase of Shangri-La Putian, which features 125 guest rooms, a Chinese restaurant, a banquet hall and conference facilities. As the Group’s third hotel in Fujian Province, following Fuzhou and Xiamen, the hotel draws aesthetic inspiration from local elements and encapsulates the city’s rich history and culture, all while delivering Shangri-La's distinctive Asian hospitality on the banks of the Shouxi River.

An urban oasis that combines culture and modern luxury

Shangri-La Putian is located next to Shouxi Park, an urban ecological park that offers leisure, entertainment, sightseeing, sports and fitness facilities. The hotel is surrounded by charming natural scenery as well as historical and cultural landmarks, such as the famous thousand-year-old Yanshou Bridge and ancient temples and ancestral halls. The hotel is also close to the municipal government offices and Putian Museum, and is just a 50-minute drive from Meizhou Island, the hometown of Mazu, the mythic Chinese sea goddess. In terms of connecting transport, the hotel is just 25 minutes’ drive from the Putian high-speed railway station, while Quanzhou Jinjiang International Airport and Fuzhou Changle International Airport are within 90 minutes’ drive.

A contemporary imagining of local traditions

Shangri-La Putian’s architecture and interior design pay tribute to local culture and history, right down to the most intricate details. Commonly seen in Fujian architecture, brick red and gray are used in the hotel façade, blending harmoniously with the surrounding landscape. In the lobby, four sets of "eaves" made from hundreds of transparent tiles hang elegantly above a green feature and are illuminated by dazzling lights. This art installation is a modern interpretation of the famous “flying swallowtail ridge”, an ancient architectural feature in the southern Fujian Province. In addition to forming the centerpiece of the lobby, the feature also embodies the soul of the hotel’s entire design concept - creating a cosy, welcoming and ambient space inspired by a traditional local courtyard, where guests can feel completely at home. While the layout of the hotel is influenced by local architecture, the interior décor focuses on the city’s culture and legacy, as Putian was once known as the “State of Literature”. Themed around “Tea”, “Imperial Examination” and “Water Village”, the cultural references and ornamentation can be seen throughout the hotel. 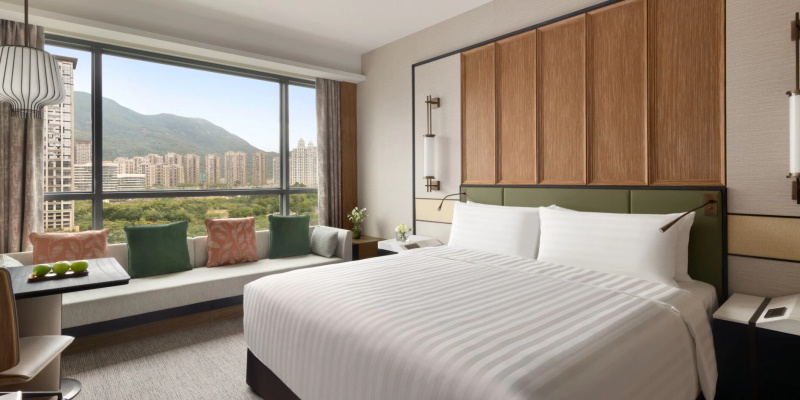 Guest rooms offer panoramic views of the beautiful scenery of Shouxi Park, the Shouxi River and the thousand-year-old bridge, as well as the city skyline. The rooms’ decor echoes the overarching design concept, giving each a natural and comfortable ambience. In addition, the hotel has created 12 "Champion Scholar" themed rooms with customised children’s facilities, like tents and special bathroom amenities. The “Champion Scholar” refers to the winning scholar at the imperial examinations and Putian is famed for having the largest number of champion scholars in China history. These will allow guests to explore Putian’s Imperial Examination culture.

Situated on the first floor, Shang Garden Chinese restaurant offers local and Cantonese cuisine, as well as other regional flavours. With members of the culinary team coming from different parts of the country, the menu features classic Chinese favourites, as well as local delicacies. The culinary team will go the extra mile to acquire the best local ingredients for dishes including the “Fried Oyster Omelet”, “Lychee Pork”, and “Nanri Abalone”. One of the restaurant’s innovative creations is the “Buddha Jumps Over the Wall” which uses fish heads from fish caught in a nearby reservoir.

The hotel boasts a total of 2,100-square-metres of banquet and conference facilities. The 1,200-square-metre ballroom is equipped with state-of-the-art audio and visual equipment and a 650-square-metre foyer, and complemented by a 320-square-metre multi-functional space, a bridal room, plus an outdoor garden which can be customised for different events.

To celebrate its opening, Shangri-La Putian presents the special offer of RMB800* for one night in a Deluxe Room, plus a buffet breakfast at an additional cost of just RMB1. (*The room rate is subject to a 10% service charge and 6% tax fee.) The offer is valid until 30 June 2021.