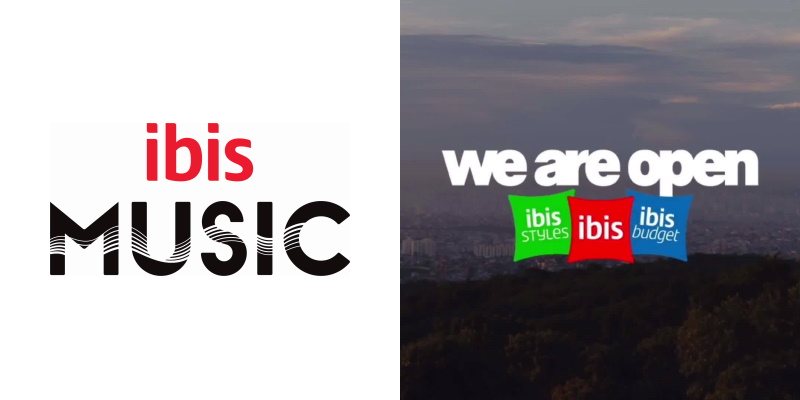 ibis, recognised across the globe as the leading brand in economy hospitality, and world-renowned record company, Sony Music Entertainment, are delighted to announce the ibis MUSIC We are Open fifth tour, headlined by the international singer and songwriter, Sam Fischer.

The performance was recorded at the newly opened ibis London Sutton Point and will be broadcast globally on the @ibishotels Instagram. A series of videos will be released from October 27th 2021, including Sam Fischer’s most famous songs and brand new tracks like “Hopeless Romantic”.

Throughout October and November, Sam Fischer will invite fans to discover the rising R&B singer/songwriter Francesca from the UK; Extrazen, a young upcoming Portuguese artist, composer and producer; and Florian Summer a multi-talented and heart-warming artist from Switzerland. As with past tours, each musical performance will be hosted in an ibis hotel of the artist’s choice.

Born near Sydney in Australia, Sam Fischer broke onto the music scene in 2018 with his breakout hit “This City”, closely followed by his debut EP, “Not A Hobby” which gained Fischer global attention across Tik Tok and Spotify. “This City” has now garnered over 500 million worldwide streams and was Top 20 in the UK charts for 11 weeks. He has written for the likes of Ciara, Lennon Stella, Jessie J and Louis Tomlinson and is set to release a new single this October to coincide with the tour, which follows his recent tracks ‘Simple’ and ‘What Other People Say’ with Demi Lovato.

Commenting on the ibis MUSIC We are Open program, Sam Fischer, said: "I'm proud to launch this global virtual tour with ibis MUSIC and share this very special music journey with all music fans. We'll be introducing amazing new artists from around the world, all celebrating openness, diversity and inclusiveness. I can't wait to start this adventure.” Over the past three years, the collaboration between ibis and Sony Music Entertainment has generated successful music experiences worldwide, including Sam Fischer’s live performance on the ibis MUSIC Stage at the Montreux Jazz Festival in July 2021 and four virtual tours led by international stars Pabllo Vittar, Izzy Bizu and Charlie Winston and Prinz Pi who led the fourth tour this summer.

Launched at the end of 2020, the ibis MUSIC We are Open global tour celebrates a theme of openness to the world and to others, reaffirming the ibis core values of togetherness and inclusiveness, while sharing a message of hope and unity to all countries. Each concert is a virtual voyage featuring a roster of international headliners curated by Sony Music Entertainment as well as up-and-coming talents from all over the world.

Throughout the many challenges of the pandemic, ibis has kept the music going in its hotels and continues to share its passion for music with guests, fans and followers. ibis has also collaborated with Sony Music to commission exclusive playlists designed by renowned musical artists from all over the world. Four amazing playlists curated by The Avener are now on high rotation, with new playlists by Tez Cadey soon to follow in October. These can all be found on the “ibis MUSIC” Spotify Profile for guests to enjoy throughout every mood of the day, during their stay, at home, or anywhere they travel.
Tags: Accor, Corporate
Newer Post Older Post Home