Patrick Pollak accepts his eighth appointment with Four Seasons, leading the Hotel into its next decade of service excellence and uncompromising luxury 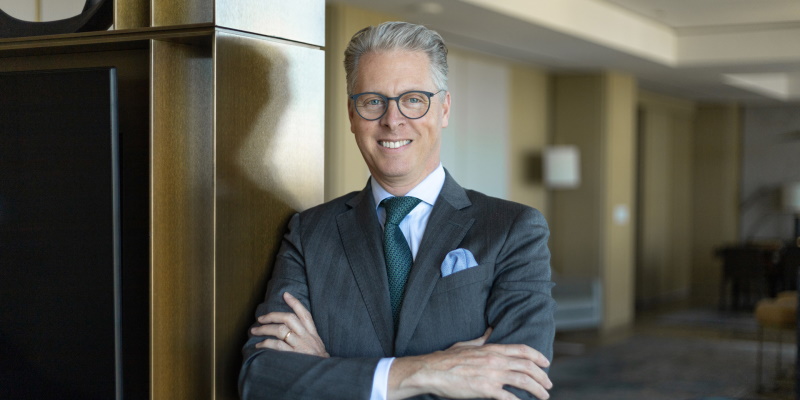 "It is with much excitement that we welcome Patrick Pollak to Toronto," says Antoine Chahwan, President, Hotel Operations, Americas East. "Heading into the property's ten-year anniversary at its Yorkville Avenue location, we are confident that Patrick will lead his team with incredible passion along with a commitment to creating an exceptional luxury experience that builds upon the brand's legacy in Toronto."

Originally from France, Patrick studied Hotel and Restaurant Management at the Institut Paul Bocuse in Lyon. This specialty education led to a robust career with Four Seasons beginning in 1996 as Bar Manager at Four Seasons Hotel Mexico City, where he spent much of his upbringing. Patrick's dedicated and hardworking nature led to the pursuit of further management opportunities with Four Seasons in Chicago, later ascending to Director of Food and Beverage at Four Seasons Resort Punta Mita. With an extensive culinary background, Patrick will work closely with the Toronto Hotel's renowned dining outlets Café Boulud, d|bar and d|azur outdoor patio.

"Being at the helm of this outstanding property is a Four Seasons career milestone," says Pollak. "I am honoured to take on this role and to continue building on the success of this iconic property. My family and I also look forward to making Toronto home, exploring the beauty and culture of Canada in its entirety."

As a devoted soccer fan and former rally car driver, Patrick is excited to attend Toronto Football Club matches at BMO Field and the annual Honda Indy Grand Prix with his wife, Paola, their daughter Gaelle and son Matthis.

With global experience and expertise, Patrick will also bring the ability to communicate in fluent French, Spanish and English, allowing him to make genuine and long-lasting connections with the Hotel's local and international guests alike.