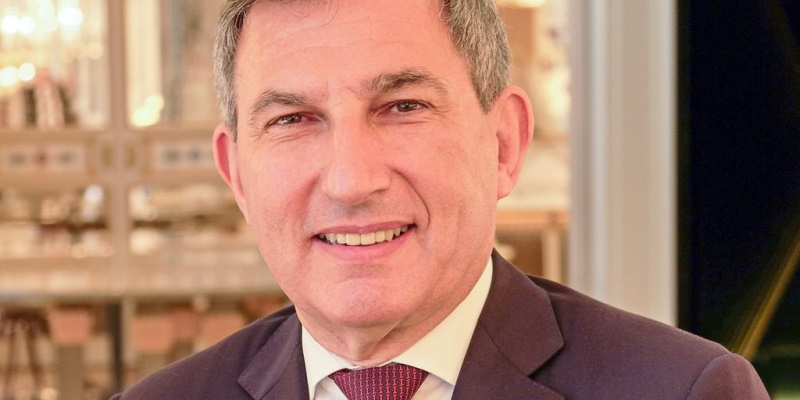 The Kempinski Supervisory Board has resolved on an early extension of Isidoro Geretto’s mandate as Member of the Management Board of Kempinski AG and confirmed his role as Chief Financial Officer of the Kempinski Group. A highly experienced finance executive with deep industry expertise in the luxury hospitality industry, he has a proven track record in, and accountability for structuring and leading financial operations on corporate, operational and property levels.

“Based on his industry background, his effective leadership skills and his drive for excellence, Isidoro plays a key role in guiding the financial performance of the Group and in strengthening our business to ensure we deliver on our long-term goals”, states Bernold Schroeder, Chief Executive Officer Kempinski Group and Chairman of the Management Board Kempinski AG. „Especially during this past year, in which he was already Acting CFO, he has been instrumental in ensuring business continuity throughout the COVID-19 pandemic and has successfully been driving the financial performance of the Group.”

Isidoro Geretto’s career in hospitality and finance spans over more than four decades and speaks for itself. He started in accounting at the Carlton Hotel St. Moritz in Switzerland before joining Swissȏtel in 1987 and taking up the Assistant Financial Controller position at the Hotel International Zurich. In 1990, he became the Financial Controller of the Hotel Bellevue Palace in Berne and since then consistently worked his way up the ranks, gaining vast experience in regional and corporate roles. In 2001, he was appointed Vice President Finance of Swissȏtel Hotels & Resorts and in 2006 took up the role of Vice President Finance, EMEA and Asia of Fairmont Raffles Hotels International. In 2013, Isidoro became the Vice President Finance and Business Support, Europe with FRHI Hotels & Resorts (Fairmont, Raffles, Swissôtel Hotels). Isidoro joined Kempinski in 2019 as Vice President Finance Middle East & Africa before serving as Acting Chief Financial Officer since 2020.
Tags: Appointments, Corporate, Kempinski Group
Newer Post Older Post Home