Opening in 2025, the newly developed Hilton Odessa will be Hilton’s first hotel in the city 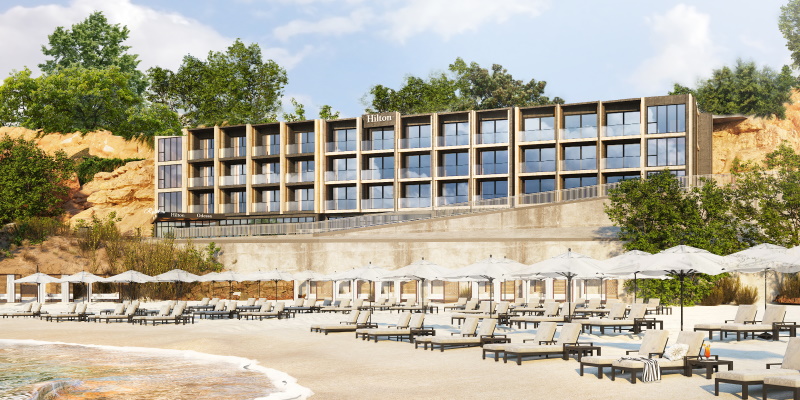 Hilton (NYSE: HLT) has signed a franchise agreement with Gefest Group, one of the largest real estate developers in the Odessa region, to build a new 145-room resort on the beachfront in the popular port city of Odessa, Ukraine. The hotel, due to open in spring 2025, will be managed by Cyprus based Millennium Hospitality and located near the famous Arcadia entertainment area.

Patrick Fitzgibbon, senior vice president, development, EMEA, Hilton said, “There is clear opportunity for growth in Ukraine, with two hotels set to join our portfolio alongside Hilton Kyiv. Growing international interest in Odessa and robust domestic demand make Hilton Odessa an important addition to our European pipeline. We are pleased to be working with Gefest Group to introduce our flagship brand to southern Ukraine.”

Pantelis Boumbouras, founder & president of Gefest Group said, “We are excited to announce our new development in Odessa, working with Hilton to bring an impressive resort that will appeal to both domestic and international travellers. With our experience in developing hotels and real estate in Odessa and a partnership with a global brand such as Hilton, we look forward to welcoming guests to Hilton Odessa.”

Vasilis Boumbouras, CEO of Gefest Group said, “Our company is a leader in commercial and residential construction in the region and we strive for innovation and green designs in our buildings. We are aiming to develop one of the best Hilton hotels in the world, both in terms of ambiance and in the quality of materials used. We pay attention to the finest details which will make the guest’s experience unique and memorable.”

In recent years Odessa has led the charge for Ukraine’s growing tourism industry. Domestic travellers from Ukraine, as well as international visitors from Europe, North America and Central Asia choose the port city of Odessa for its 19th century architecture, energetic culture and stunning Black Sea beaches. As the largest trade centre in the Commonwealth of Independent States, Odessa’s position as a commercial hub means that business travel is also a key driver for growth in the city. 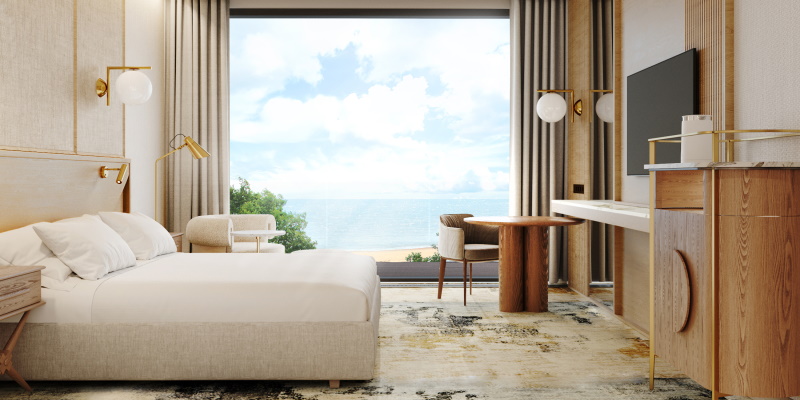 Spread across two buildings, décor for the hotel and its guest rooms will take inspiration from the natural environment, bringing the neutral sandy tones and rugged textures from Odessa’s beautiful coastline to the hotel’s interiors. With two swimming pools — one indoor and one rooftop pool — offering stunning views overlooking the coast, the new build hotel will also provide direct access to Odessa’s fine sandy beaches. Guests will be able to choose from four restaurants and bars, two of which will be situated on the beachfront. The hotel will also feature an entire floor dedicated as a conference centre with an approximate total area of 800m2 including a 300m2 ballroom, an executive floor with an executive lounge on the rooftop and 600m2 wellness centre with a heated pool, gym, beauty salon and other leisure facilities.

Hilton Odessa will be located a short walk from the popular resort area of Arcadia, home to Arcadia Beach and its entertainment complex with many restaurants, bars and nightclubs. Further north along the coast, visitors will find the Botanical Garden of The Odessa State University, and several pristine beaches along the Black Sea coast, which are easily accessible through the city’s health route, which originates near the city centre and continues for over 15km along the coast, beyond the location of Hilton Odessa. The city centre is less than 15 minutes from the hotel by car at a distance of just 6km, where travellers can see the world-famous Potemkin Stairs and Vorontsov Lighthouse.

Hilton Odessa joins a growing portfolio of hotels in the Ukraine, including Hilton Kyiv. Hilton Odessa will be part of the award-winning Hilton Honors guest loyalty programme, allowing more than 118 million members who book directly with Hilton to earn Points for hotel stays and experiences, plus instant benefits including contactless check-in with room selection, Digital Key and Connected Room.