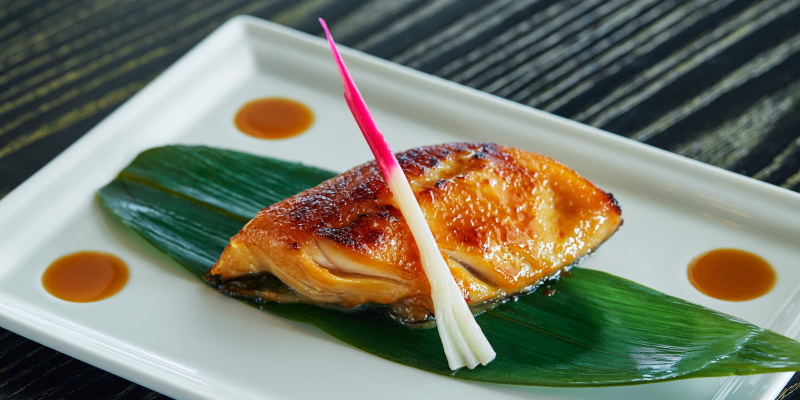 Set in a sculpted open-air Japanese garden and bar against the backdrop of the Singapore city skyline, diners can get a taste of Nobu’s signature dishes, such as his famed black cod miso, yellowtail jalapeño and Nobu classics such as toro tartare with caviar, cup sushi and Nobu crispy rice. For all the greatest hits that celebrate the freshest and finest ingredients, the multi-course omakase menu and the teppanyaki dinner are not to be missed, spotlighting natural and clean Japanese flavours and artful culinary expertise.

“With the opening of Nobu in one of the world’s incredibly diverse culinary destinations, our team is all geared up to bring the best of Nobu to our favourite city,” says Peter Draminsky, Regional Vice President and General Manager, Four Seasons Hotel Singapore. “Nobu Singapore has added a new chapter to Nobu’s dining concept with the world’s first Nobu restaurant to feature a Chef’s Table as part of a private dining space within the restaurant and the first to showcase a designer outdoor Japanese garden. Along with the lively sake bar, Nobu Singapore also proudly boasts the unique teppanyaki dining experience, offered only in a few Nobu restaurants worldwide, complete with two customised teppanyaki private rooms to elevate the experience.”

The restaurant will be helmed by Executive Chef Hideki Maeda, a protégé of Nobu Matsuhisa, who joins the team on the heels of his tenure as Head Chef at Nobu London. Hailing from Japan, Executive Chef Hideki Maeda pursued his interest in modern Japanese cuisine after a dining experience at Nobu London. With more than three decades of culinary experience, Chef Hideki conveys Nobu’s philosophy that menus should be a study in culinary evolution, inspiring his culinary teams to experiment daily.

Joining Chef Hideki is Executive Sushi Chef Takahiro Tim Otomo, a veteran with more than 29 years’ worth of culinary expertise. Formerly the Executive Sushi Chef at the Nobu Hotel Caesars Palace, Chef Takahiro develops the signature dishes and omakase menus at Nobu Singapore along with his masterful crafting of the highest quality seasonal produce.

Supporting Nobu Singapore is a talented service team led by General Manager Gopi Kanala. As former General Manager of Nobu Kuala Lumpur, Gopi brings more than 14 years of Nobu experience with him and brings a focus in every Nobu experience, which is anchored on exceptional service that offers each guest an element of the unexpected.