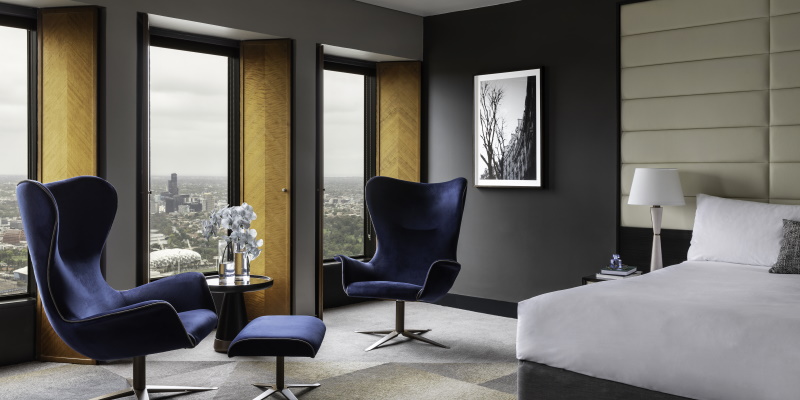 Sofitel Melbourne on Collins is bringing the saying ‘Live the French Way’ to life with an extensive $15m refurbishment delivering luxurious new guest rooms that feel like a Parisian apartment in the heart of Melbourne.

Renowned architect I.M. Pei, who originally designed the hotel, has once again influenced the design direction of the new-look guest rooms which exude an understated minimalist style.

As part of the refurbishment, the stunning new guest rooms have been refreshed with new state of the art modern room fixtures, brand-new contemporary furniture and carpet and French inspired photography hung in the traditional French ‘Salon’ style.

According to Tony Leung, Founder of A+ Design Group who oversaw the refurbishment, the design elements of the new rooms reflect the hotel's existing architecture and position in Melbourne. 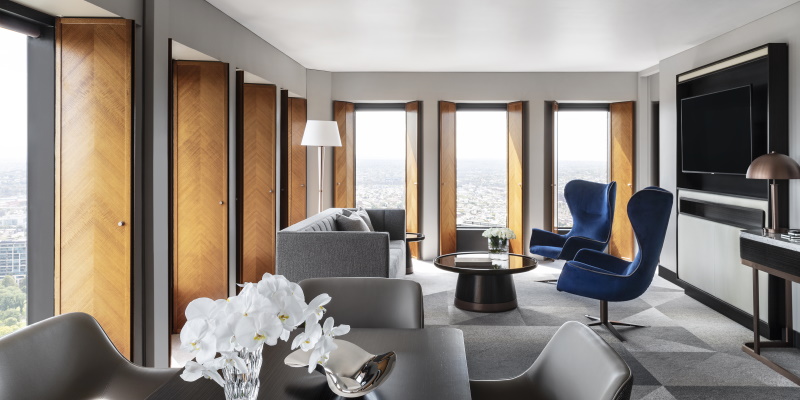 “We’ve drawn on I.M Pei's narrative of strong triangular geometry, which are all elements seen in the architecture of Sofitel Melbourne such as the courtyard and portico roof structure of the building,” Mr Leung said.

“Some of the key interior design elements of the new guest rooms include an angled mirror and timber window shutters that follow the triangular structural framing of the building’s architecture and new joinery that pays homage to I.M. Pei. This is also demonstrated in the cabinet’s handle detailing and fabric patterning on the bedside tables as well as the minibar's beautiful soft metallic triangular form and checker fabric patterning.”

“One of the hero furniture items in the room is the signature armchair and footrest with its striking deep blue colour. This not only reflects the colourful streetscape of Melbourne and its laneway artwork but also draws on the French flag with the blue venerating Saint Martin. Its softness, the shape and curves, subtly contrast with the triangular geometry and belie the ‘Frenchness’ of the Sofitel brand and its position within the French Quarter of Melbourne,” he said.

“After undergoing a $15 million refurbishment, we’re excited to welcome guests to enjoy our stylishly refreshed guest rooms that evoke a feeling of calm and luxury in the heart of Melbourne,” Mr Scott said.

“Sofitel Melbourne on Collins is proud to support Melbourne’s arts and cultural scene and as such, has incorporated French inspired photography in the new guest rooms that celebrate the uniqueness of both Melbourne and Paris.”

With an ideal location at the ‘Paris end’ of Collins Street, Sofitel Melbourne on Collins is renowned as the ‘hotel for the arts’ and is proud to have partnered with Global Art Projects (GAP) since 2006 on its visual art programme. 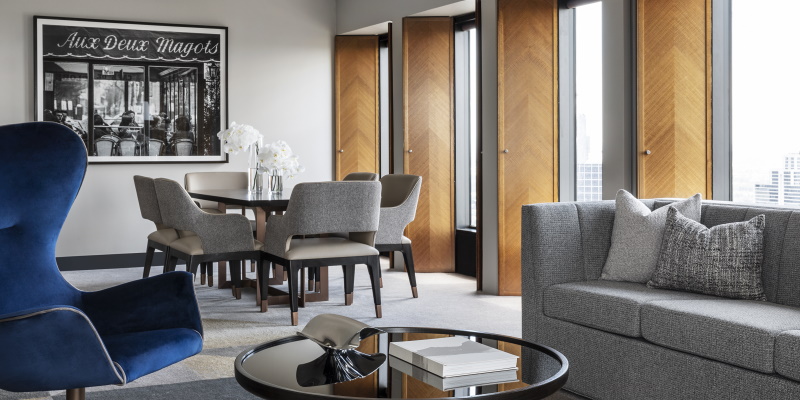 As part of the refurbishment, GAP have created a joint photographic project between Australian photographer, Jon Rendell and Parisian photographer, Claire Ropartz that features over 2,000 artworks celebrating the relationship between Melbourne, and in particular the Paris end of Collins Street, and Paris.

Curated around the themes of the built environment, le flaneur, icons and monuments, street life and gardens, the photography honours Sofitel Melbourne’s rich cultural heritage and continued commitment to the arts.